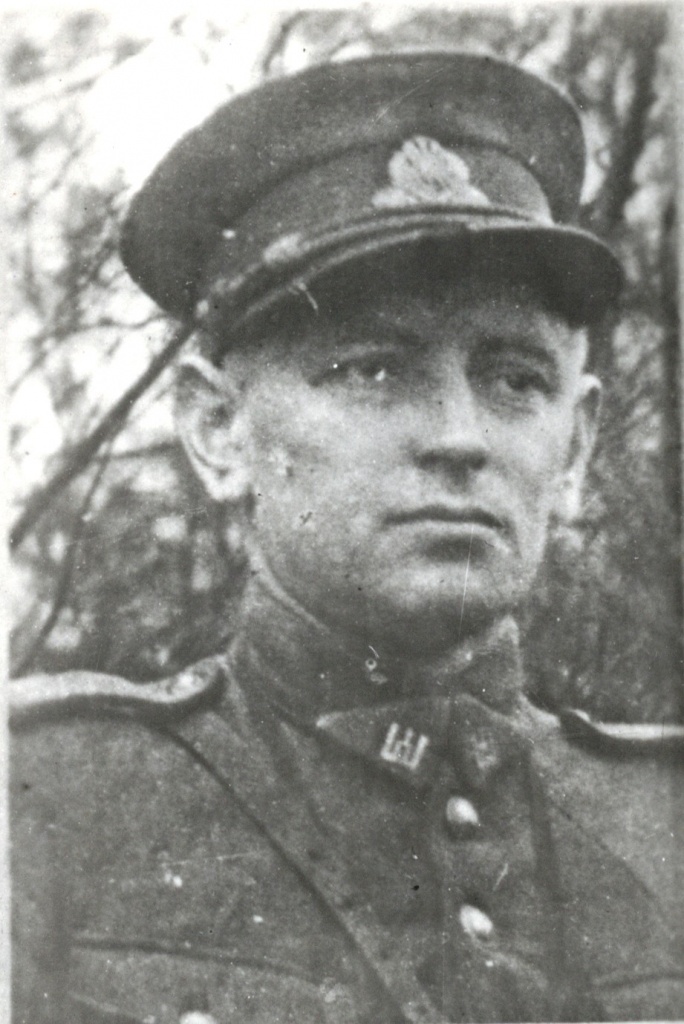 President of the Struggling Lithuania

Date and Place of Birth
March 6, 1918 Born in a family of Lithuanian Americans in New Britain, Connecticut, USA

Political and Professional Engagement
Teacher and headmaster at Krivonys (1940–1941) and Aukštakalniai (1941–1942) primary schools
1942–1945 Lecturer at Alytus Teachers’ Seminary
April 25, 1945 Took the oath of a partisan, chose a code name of Vanagas (the Hawk), joined the partisan formation of Nemunaitis environs and became its commander
September 1945 Became the commander of Merkys Unit
June 1946 Appointed the first deputy of Dainava District Chief; from September 1947 – the Chief of the District
Autumn 1948 – January 1950 In command of the entire South Lithuania (later renamed as Nemunas) Partisan District
February 16, 1949 Signed the Declaration adopted by the Council of the Movement of the Struggle for Lithuanian Freedom. Elected as the first deputy to Jonas Žemaitis, the Chairman of the Presidium of the Council of Lithuanian Freedom Fighters
Autumn 1949 Promoted by Jonas Žemaitis to the position of Chief of the Defensive Forces of the Movement of the Struggle for Lithuanian Freedom; awarded the rank of the Colonel Lieutenant of the partisans
1953 After the armed resistance had diminished Vanagas continued the ideological resistance to the Soviet regime, wrote memoirs
October 12, 1956 Arrested with his wife Birutė (partisan of Dainava District Vanda ) in Kaunas. After imprisonment and torture in the KGB prison in Vilnius he was sentenced to death and executed on November 29, 1957. In 2018 his remains were found at the Orphans’ Cemetery in Vilnius

Head of the State
November 26, 1954 – November 29, 1957
On November 20, 2018, the Seimas of the Republic of Lithuania recognized Adolfas Ramanauskas as the supreme alive state officer and Head of the State of Lithuania fighting against the Soviet occupation. Buried in the pantheon of the state leaders in Vilnius Antakalnis Cemetery