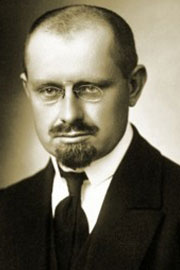 Political, Public, Professional and Cultural Engagement
Published and edited a number of periodicals and booklets for farmers; organized training courses for elementary teachers
Memberof the Central Committee of the Lithuanian Relief Society for helping victims of the war, 1914–1918
Participant of the Lithuanian Conference in Vilnius, 1917
Member of the Lithuanian Council, later of the State Council, 1917–1919
Signed the Lithuanian Independence Act on February 16, 1918
Minister without Portfolio in the 2nd Cabinet, 1918–1919
Deputy Prime Minister, Minister of Internal Affairs, Nutrition and Public Works in the 3rd Cabinet, 1919
Minister of Agriculture and National Assets in the 4th Cabinet, 1919
Chairman and Acting President of the Constituent Seimas, 1920–1922
Chairman of the 3rd Seimas, 1926–1927

After Term of Office
Withdrew from active political life in 1927
Deported to Siberia by Soviet authorities in 1941
Sentenced to 25 years of prison, but released after 2 years (after Stalin’s death)
Returned to Lithuania in 1956
Died in Kaunas on September 22, 1969. Buried in Panemunė cemetery