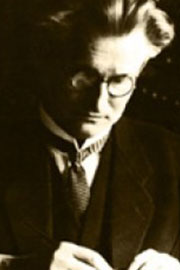 Political, Public, Professional and Cultural Engagement
Active participant of the national revival movement; wrote for and edited a number of periodicals
Member of Voronez Supreme Council of Lithuania in Russia and the Chairman of the Council, 1917
Head of Lithuanian Repatriation Commission, 1919
Member of the Constituent Seimas, 1920
Head of the 6th Cabinet, 1920–1922
Member of all four Seimas up to December 17, 1926
Head of Health and Sanity Division of Kaunas Municipality from 1922; returned to this position after Coup d’État in 1926, and worked there until 1935
Member of various medical organizations; wrote many articles on medicine and diseases

After Term of Office
Withdrew from active political life after December 17, 1926 Coup d’État
Moved West in 1944
Died in Chicago on June 4, 1950
Ashes returned to Lithuania and buried in his home town in 1994